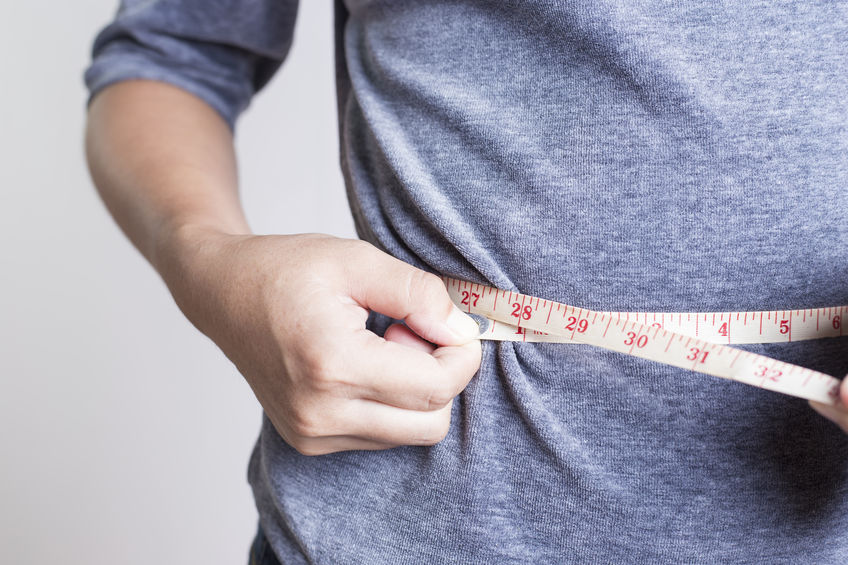 How to measure your body

April Fools: Play these tricks on yourself to boost your weight loss

Remember those practical jokes from April Fool’s Days of your childhood? Channel that mischievous spirit into something more productive than filling your friend’s donut with mayonnaise.

Use these science-backed tricks on yourself to help boost your weight-loss efforts.

A Cornell University study showed that the secret to eating less – and feeling more satisfied about what you do eat – could be as simple as turning down the lights. Researchers found people who ate a meal under soft, warm lighting consumed 175 fewer calories than those who ate in brightly lit places. Study participants who dined under mood lighting ate 18 percent less of the food on their plates and rated their food “more enjoyable” than those under bright lights. This is likely because the harsh fluorescent lights commonly found in fast food restaurants may create a psychological need to rush through meals and eat more.

2. Be a straight shooter

They might look stylish, but swanky, curved drinking glasses on your table could lead to saddlebags on your thighs and a spare tire around your middle. A British study found that people consumed 60 percent more alcohol and sugary sodas if the glass they drank from was curvy, rather than a straight tumbler. Pouring those drinks in a straight-shaped glass could save over 100 calories a day.

Even better, pour yourself a tall glass of water, not soda, before your meals, and your appetite may follow suit. You’re more likely to crave veggies than greasy French fries, chips or other foods high in fat and calories if you pair a meal with water instead of caloric beverages. Researchers at the University of Oregon say that food-drink pairings can influence the type of food choices we make and the amount of calories we eat. In the study, adults who paired a meal with water were more likely to eat their vegetables and make other healthy food choices than if they sipped on soda.

4. Get some shut eye

Are you skimping on your sleep? One study from the Mayo Clinic showed that getting less than 6 ½ hours of sleep a night can lead to consuming as many as 500 excess calories in a day.

Being sleep deprived can increase how hungry you feel and lead to consuming more calories than you’d eat if you weren’t exhausted, says Manfred Hallschmid, PhD. “Sleep deprivation can raise levels of appetite hormones like ghrelin,” he says. Surging levels of this hunger hormone can lead to eating hundreds more calories than when you’re well-rested.

Whether you’re trying to sidestep a fast food drive thru, leftover Halloween candy, or heaping plates of food at Thanksgiving, don’t tell yourself what you can’t eat. Research says you’ll get better results if you frame it a little differently and focus on what you don’t eat. “Can’t” sounds more like punishment than being healthy, researchers say, and it creates a sense of self-deprivation that can tank your motivation. On the other hand, reminding yourself you “don’t” eat certain foods helps steel your willpower towards a healthier lifestyle.

Case in point: When researchers divided a group of people into “can’t eats” and “don’t eats”, 64 percent of those in the “don’t” group passed up a candy bar in favor of a healthier granola bar – but only 30 percent of the “can’t” group chose the healthier snack.

Think you’re overweight? Think again. New research says the way you think about food and your waistline can determine your success at sticking to a healthy diet. Turns out telling yourself you’re “chubby” or “very fat” decreases the odds of hitting your target goal weight, even if you’re physically active.

Over a 10-year span, 59 percent of women who started out with an average body mass index of 20 but thought they were overweight, wound up packing on weight and watching their BMI swell to more than 25. That weight gain likely happened because of a self-fulfilling prophecy, shared Susan Albers, psychologist at The Cleveland Clinic and the author of Eating Mindfully and 50 Ways to Soothe Yourself Without Food. “Your mindset is incredibly important in giving up or getting on track with your weight,” she says. “So if you think you are not overweight, regardless of your actual weight, you will act in ways that lead you to what you already believe.”

7. Look the other way

Don’t you hate when you’re minding your own business, sticking to a healthy diet, and all of a sudden a craving for junk food comes along and ruins your good intentions? To help you keep those cravings in check, a new study says you should look the other way when you see pictures of high-fat, high-calorie, or sugary foods. That’s because brain scans have shown that pictures of high-calorie treats stimulates parts of the brain that control hunger and the reward center. So when advertisements flash images of high-calorie foods, head to the kitchen and take a peek at some healthy foods to shut down the reward center of your brain.

Are you jonesing for lunch? Got Thanksgiving dinner or other meals on your mind? Go ahead, keep fantasizing! Dr. Hallschmid says anticipating a meal can actually lower your body’s levels of ghrelin, the appetite hormone. In a study he conducted, he found that looking forward to and thinking about a meal before you sidle up to the table helps reign in ghrelin levels, so people consumed less calories during the meal. “Looking forward to eating could have a positive effect on food intake control because it leads to feeling full sooner, and sustaining that feeling of full so you don’t seek out high-calorie snacks,” says Dr. Hallschmid.