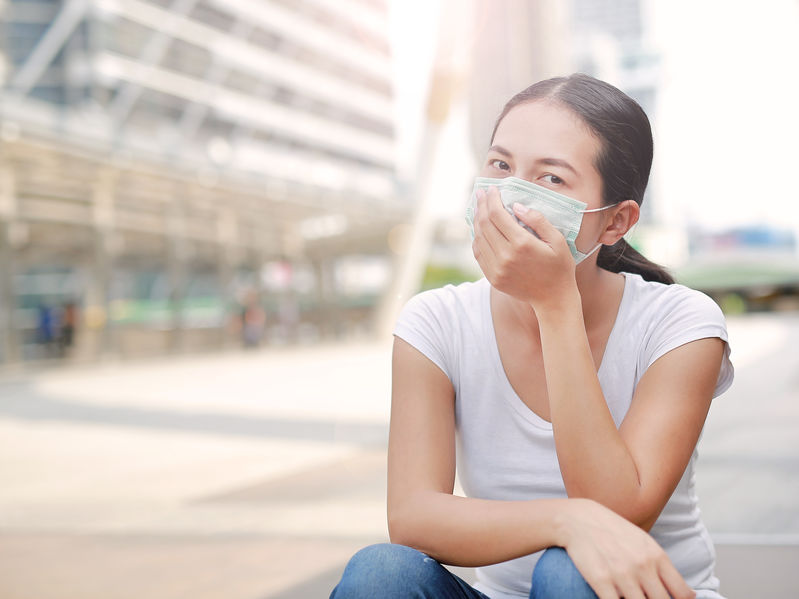 Can face masks cause dangerous levels of CO2?

July 10, 2020
As most of us have begun to wear face masks to help prevent the spread of the coronavirus, some people say that wearing a mask is restricting their ability to breathe normally—or forcing them to breathe in their own carbon dioxide. They’re also concerned about how dangerous this is, and how less oxygen and more carbon dioxide might affect their health.You know we’re big proponents of oxygen and want to make sure we’re all getting adequate amounts, so what do the experts say about this? Can wearing a face mask cause someone to get too little oxygen while building up too much carbon dioxide?You may be seeings lots of posts alerting people to hypercapnia (too much carbon dioxide in the blood), but scientific studies are showing that there’s no real important changes in either C02 levels or oxygen levels even from wearing surgical masks. Surgeons regularly wear heavy-duty face coverings all day without coming to harm.If masks are worn correctly, it’s true that the work of breathing is a little harder, but that just means that the mask is acting as a filter. A mask, either N95 or cloth, cannot trap all carbon dioxide particles — they either go through the mask or escape along the mask’s perimeter. A mask is designed to trap viral droplets, much larger than tiny carbon dioxide particles. Dr. Robert Citronberg, director of infectious disease at Advocate Lutheran General Hospital in Park Ridge, confirmed “there’s no scientific evidence that says wearing a mask is harmful in terms of retaining carbon dioxide.” While those with severe COPD or other lung diseases should carefully consider the use of face masks, “rebreathing tiny amounts of CO2 from wearing either properly fitted N95 respirators or more loosely fitted cloth or surgical masks is of no concern for the vast, vast majority of people,” said Darrell Spurlock Jr., PhD, RN. He confirmed that even workers, including medical providers, wearing surgical or cloth masks for a whole shift have no cause for concern about retaining CO2 or negative effects from wearing a mask.If wearing a mask causes you some anxiety or stress, including feeling breathless, try taking five “quality” breaths just before putting on your mask. With each breath, inhale through the nose for four seconds, exhale through the mouth for six seconds, then rest for two seconds. Make sure your mask covers your nose and mouth but feels loose, rather than so tight you really can’t breathe. Repeat these five breaths as soon as you put on the mask, and again after you remove it.Even without a mask as an impediment, many people breathe in ways that compromise their well-being – often too fast and through their mouths, perhaps because of chronic stress or noses made stuffy by allergies or a deviated septum. It may help to consciously remind yourself to breathe more slowly, inhaling through the nose and exhaling through the mouth.
Share